Reasons to Get Your Daughter Involved in Sports, According to Science By Suzanne Zuckerman 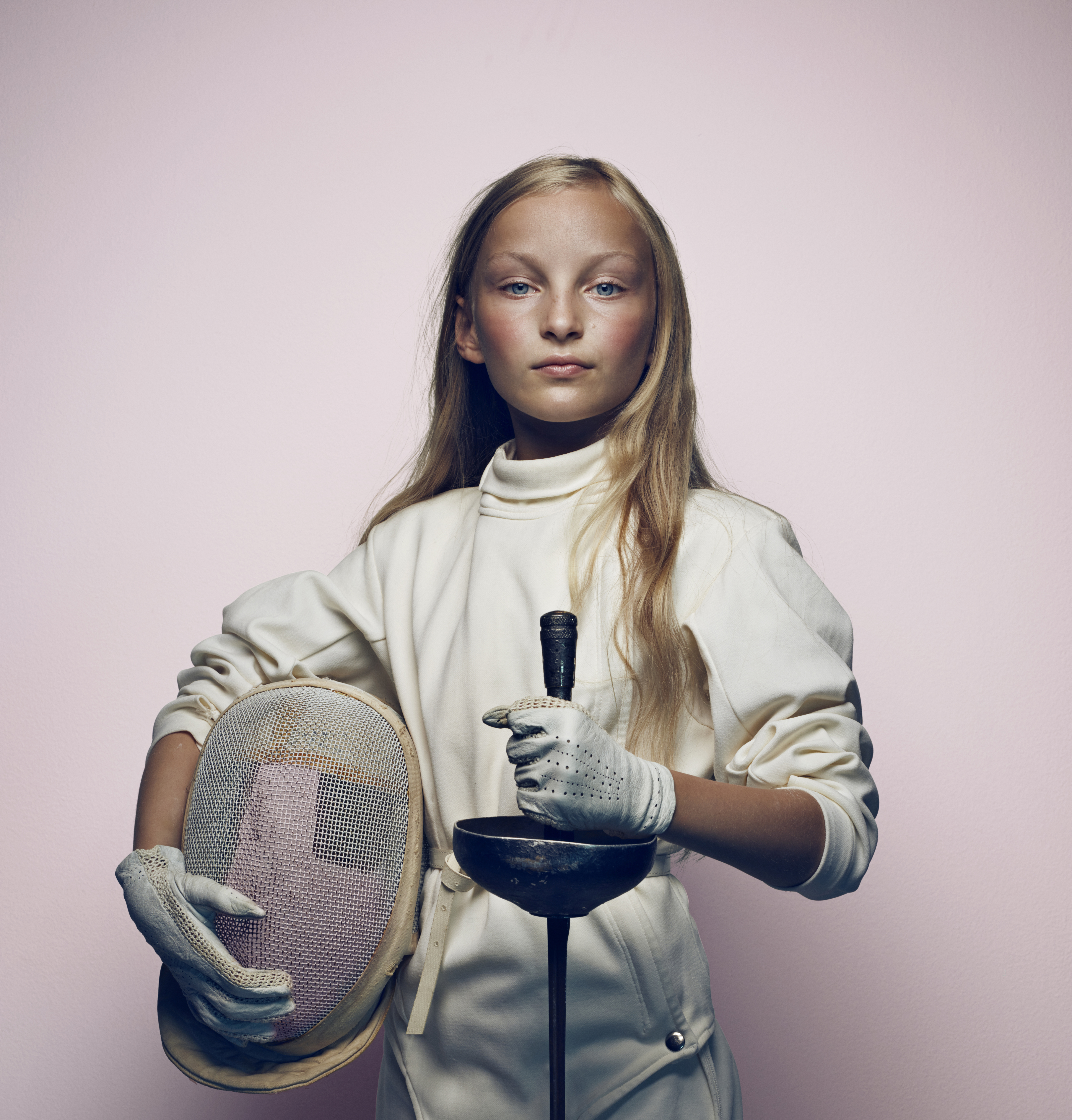 Team USA inspired a global audience when they won the 2019 Women’s World Cup. They also exposed a glaring injustice when it came to light that they were compensated at less than half the rate of their male counterparts (who, BTW, have never won a World Cup and haven’t even come close since 1930). Here’s a blood-boiling stat supplied by ESPN: FIFA (the Fédération Internationale de Football Association) awarded $30 million in prize money to those winning women. The previous year, the men’s tournament doled out $400 million in prize money.

Look, we can’t all be Megan Rapinoe. But we can do our part to dismantle gender disparity in the world of sports—starting by encouraging our own daughters to play.

Did you know that girls participate in sports at lower rates than boys at all ages? And that girls get involved in sports later than boys and drop out earlier—a sad trend that crests around adolescence? On the flip side, according to research by the Women’s Sports Foundation (an advocacy group founded by Billie Jean King in 1974), “Youth sports participation is linked to substantial physical, social-emotional and achievement-related benefits. For girls in particular, research consistently demonstrates sports participation is linked to their improved physical and mental health; academic achievement; and increased levels of body esteem, confidence and mastery, with some indication that girls reap greater benefits from sports participation than do boys.”

Star athletes aren’t just born. They are raised. Here, seven stat-supported reasons to cheer on your own.

1. SPORTS ARE THE LONELINESS ANTIDOTE

Psychologists and other experts at the Women’s Sports Foundation (WSF) performed a national survey of more than a thousand girls ages 7 to 13 and asked them (among other things) what they like best about playing sports. At the top of their list? “Making friends and feeling part of a team.” A different survey of more than 10,000 girls from fifth to 12th grade, produced by the nonprofit Ruling Our experiences (ROX) in partnership with the NCAA and called “The Girls’ Index,” found that, overall, female athletes use social media at lower rates than their peers and also experience less sadness and depression. In an era when social isolation and mental health issues including social media–fueled comparison anxiety are at an all-time high among young people, the peer bonding and sense of community provided by team sports are needed more than ever.

2. SPORTS TEACH YOU TO FAIL

A recent trending story on the New York Times parenting platform was titled “Teach Your Kids to Fail.” Child psychologists and other experts have been touting the benefits of grit, risk taking and resilience for years, noting that for modern children, raised in the shadow of helicopter parents, those attributes are on the wane. More than almost any other childhood arena, sports demonstrate clearly that you win some, you lose some. Getting knocked down and getting back up again are baked into the game. There’s also an invaluable lesson in the ritual of ending every kids’ sporting event with each player shaking hands with (or high-fiving) her opponents and saying “Good game.” As noted by the WSF, “Sport gives you experience so you learn to win graciously and accept defeat without blowing the experience out of proportion. You learn to separate the outcome of a game or your performance in one game from your worth as a person.” Wouldn’t it be great to see your daughter apply those lessons to all social or academic setbacks?

When asked what they liked most about sports, three-quarters of the girls surveyed by the WSF said “competition.” Per the researchers, “Competitiveness, including liking to win, competing against other teams/individuals, and even friendly competition among teammates, was one of the primary reasons girls provided for why sports are ‘fun.’” If we want more women kicking butt in the boardroom, we should get them used to doing it on the playing field. The WSF researchers note that if women didn’t play sports as kids, “they haven’t had as much experience with the trial-and-error method of learning new skills and positions, and are less likely to be as confident as their male counterparts about trying something new.” As research published in JAMA Pediatrics shows us, the kids who are the most healthy, motivated and successful in life are the ones who have a growth mindset—meaning they believe things like academic achievement and athletic ability are not fixed traits but acquired skills, attainable through hard work and perseverance. Sports show kids that talent can be honed and developed—in the classroom and on the court.

According to the WSF, 80 percent of female executives at Fortune 500 companies reported playing sports as children.

The physical benefits of athletics are pretty obvious. But the mental health payoff is just as vital. According to the WSF, girls and women who play sports have higher levels of confidence and self-esteem, and they report higher states of psychological well-being and lower levels of depression than non-athletes. They also have a more positive body image than girls and women who do not play sports. According to James Hudziak, M.D., director of the Vermont Center for Children, Youth and Families, kids who play sports are less likely to use drugs and they experience fewer emotional and behavioral problems. Playing team sports in particular has been shown to mediate psychological problems, according to research published in The Journal of Sports Science & Medicine.

5. THE PHYSICAL HEALTH BENEFITS ARE HUGE

Lower BMI, less risk of obesity, stronger bones—these are all the benefits we’d expect female athletes to reap. And yet, their physical health improves in other, more surprising ways too. According to Mississippi pediatric practice The Children’s Medical Group, “Girls who play sports have stronger immune systems and run a reduced risk of chronic illnesses later in life such as heart disease, high blood pressure, diabetes and endometrial, colon and breast cancers.”

6. FEMALE ATHLETES ARE MORE LIKELY TO BE ACADEMIC ALL-STARS

Here’s an eye-opening point made by the WSF: “Boys are taught at an early age and through their participation in sport that it is not acceptable to show fear. When you get up to bat or play any game, it is important to act confident and not to let your teammates know you are afraid, nervous or have a weakness—even if you are not confident. Employees who are skilled at practicing the illusion of confidence—calmness under pressure, acting sure of self and abilities, etc.—get to play the most important positions and are more likely to be starters. People who are practicing the illusion of confidence make everything look easy and don’t need constant reinforcement or support.” Faking it till you make it, power posing, projecting confidence and thus internalizing it—all these behaviors have been proven effective. They should not be the practice and privilege of only one gender. They can certainly help level the playing field.

This article can be found at:

Is Gatorade actually better than water?

The sugar in sports drinks might be helpful—but only to a select few. Decades' worth of Gatorade commercials have taught us two things: Sports drinks hydrate you better than water, and it’s normal to

Electrolyte Drinks: What Are They and Do You Need Them?